What happened when seven boisterous dads & children joined with a team of creative & committed folks from Solstice RTC West and Aspect Adventure in Moab for a three day Father-Child Retreat this last September?  My Answer:  Nothing Short of Magic.

Not the Copperfield stuff nor the “warm fuzzy” of hallmark cards & commercials.  I’m talking about what happens when people committed to having a gritty-good experience, “come what may,” meet up with Mother Nature in a setting known for its beauty, challenges, and plentiful opportunities for fun & reflection.  Magic indeed – the kind I watched unfold before me – nearly moment by moment.  Not by accident or ease.  But. By. Choice.

Beginning with every bit of a 5 hour drive south, Erik Yost, Amanda and I (TjRowden) agreed that it was promising indeed when fathers and kiddos packed snuggly into two vehicles and nary once complained as we motored down the road.  I think there was only one time when the inevitable “are we there yet” was heard enroute.  After all, someone just had to say it to make it a bona fide road trip.  We laughed and spirits were high – even a little giddy – as we neared our destination in Moab.  A campsite near Fisher Towers.  And from that point on – we entered the very capable hands of Jason Blauch with Aspect Adventure.

With the help of “Camp Mom” Nick, it became very clear – their intention was to provide for our basic needs with such a degree of attention and service that our little group would be able to focus 110% on the reason we were there.  That was for dads & children to deepen their relationships through less talk, more action.  Not via “Disneyland dadding.”  As we discussed on day one – it was to be done via “side-by-side” experiences that would emerge over the course of the trip. Unscripted opportunities to lean-in to the relationship vs out.  Moments – privately and with the group – to choose courage over quitting, service over selfishness, responsiveness over resistance, healing over hurt.

And the lab for such opportunities?  One-on-one short hikes for fathers and daughters; a sixty+ foot climbing face and similar rappelling wall; thunder & lighting storms with fierce winds and rain (and even brief flooding of a desert creek near camp); double rainbows; blazing sunrises and sunsets; a hike near Fisher Towers; helping in the camp kitchen & with clean-up; night skies with stars that wouldn’t stop (inviting conversations that nearly didn’t either); and a fireside group where the vulnerability of dads and children alike was non-forced and – in a word – sacred.

Amidst anxieties, fears, and fatigue there was effort, courage, and compassion.  And in the face of a few “unexpecteds“ (i.e. weather, plans, emotions), I observed flexibility, determination, gratitude, support and many small choice points done well – very well.  After all, what is much of treatment, relationships, life if not learning to do hard things well.  If that was a measure of this trip –I was surrounded by giants.  Magic?  Yes indeed.  Because intention + action = magic. 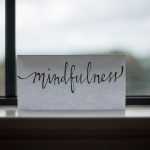 How Does Mindfulness Reduce Stress? 7 Outcomes of Mindfulness-Based Stress Reduction 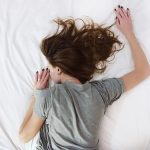 Should High Schoolers Have Mental Health Days in School? 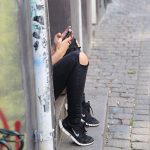 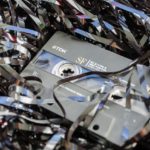 How Does Mindfulness Reduce Stress? 7 Outcomes of Mindfulness-Based Stress Reduction

Should High Schoolers Have Mental Health Days in School?