Teenage Mood Swings Can Be a Warning of Greater Issues

Teenage Mood Swings Can Be a Warning of Greater Issues

Teenagers are known for going from talking a mile a minute to slamming their bedroom doors and taking vows of silence the next. It can be just as confusing for your child as it feels to be on the receiving end of their sudden changes in mood and attitudes. Some degree of mood swings in teenagers in normal, as they experience a sudden influx of hormones and are struggling to navigate the bridge between childhood and the adult world, but teenage mood swings can be a warning sign for bigger issues.

Why Are Teens so Moody?

There are multiple reasons teens are prone to moodiness and none of them occur in isolation.

When to Reach out for Support

While most teens go through “phases” where their mood changes frequently, variability between extreme emotions usually decreases over time. Adults still experience the full range of emotions, but not quite as rapidly and they report having a greater sense of control over their emotions. For some people, this emotional roller coaster isn’t limited to adolescence. It is difficult to diagnose mood disorders, like bipolar, in adolescence because there are so many different factors that affect their mood swings. The biggest indicator that their mood swings may be a warning sign for something greater depends on how it impacts their daily functioning.

Finding appropriate help depends on possible reasons for mood swings. In addition to bipolar disorder, they are also common in teens struggling with depression, ADHD, and post-traumatic stress.

Mood swings are associated with:

Solstice RTC is a residential treatment program for young girls and assigned female at birth ages 14-18 who struggle with mental health issues, such as mood swings, anxiety, depression, trauma, and relationship struggles. We are dedicated to teaching teens how to incorporate healthy habits into their lives. Students will leave with the skills they need to transition into the world feeling confident, happy, and able to manage their emotions. We can help your family today! 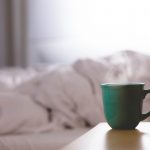 Is your child not sleeping enough? Five Signs of Sleep Deprivation In Teens 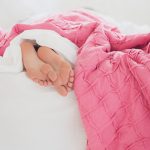 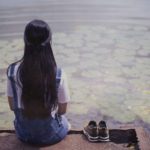 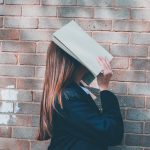 Is your child not sleeping enough? Five Signs of Sleep Deprivation In Teens

Addressing the Unspoken: Talking To Your Teen About Their Trauma

We are Family: Family Therapy for Teens with Depression