What is Secondary PTSD And How Does It Affect Teens?

What is Secondary PTSD And How Does It Affect Teens?

In the digital age, part of staying connected online is exposure to daily accounts of horrific violence across the globe and in our communities that shape our sense of safety and justice.

Although some media outlets protect the names of victims and censor their stories, teens who read these stories are sensitive to their rawness and are more vulnerable to absorbing the shock of their impact than adults who are better able to differentiate immediate from potential threats. Secondary PTSD is the emotional distress that results when an individual hears about the first-hand trauma experiences of another, either a close friend or family member or a stranger in the news.

What is Secondary PTSD?

Direct trauma can be just as impactful as indirect trauma. As many people with secondary PTSD are sensitive to or have taken on the suffering of others, many of the symptoms overlap.

Signs of secondary PTSD include:

Effects it has on Teenagers

Developing an internal locus of control. Trauma affects one’s ability to feel like they can control anything around them. Beliefs may include Everything happens to me or I am a victim of circumstances. Recognizing that they may not be able to control events that occur, but they can control how they respond to them helps build self-esteem and reduce fear of the world.

Establishing sense of safety. Part of developing an internal locus of control is recognize whether the threat is real in their immediate environment or in the present. Seeking out safe spaces, supportive people, and practicing self care is a form of self-protection.

Selecting positive media. If exposure to negative media cultivates a negative worldview, choosing media with inspirational content can shape a more optimistic view of the world that empowers them to heal from fears associated with secondary trauma. Positive media challenges negative belief systems and allows them to recognize that there is a balance between good and bad in the world, but it is up to them to choose what they want to see.

How Solstice Can Help

Solstice RTC is a residential treatment program for teen girls and assigned female at birth ages 14-18 who struggle with issues such as anxiety, depression, trauma, and/or relationship struggles. This program provides three types of therapy: individual, group, and family therapy. Solstice Residential Treatment Center is dedicated to teaching teens how to incorporate healthy habits into their lives. Students will leave with the skills they need to transition into the world feeling confident, happy, and able to manage their emotions. 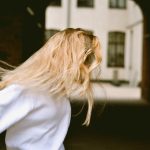 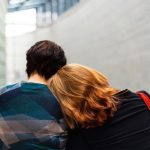 Putting the Pieces Back Together: Helping Your Child through the Effects of Trauma in Teens 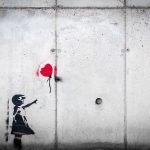 Coping After Loss: Grief or Trauma? 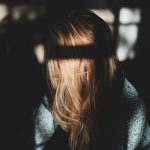 Putting the Pieces Back Together: Helping Your Child through the Effects of Trauma in Teens

Coping After Loss: Grief or Trauma?

Facts About Your Depressed Teenage Daughter